July 25, 2014 By skyeloneragan in All kinds of queue Leave a comment

note the reference to Scotland’s Paper for a vision of its own future, The Common Weal

Crossing from Emirates to Glasgow Green and on to the SECC, the visual text on our backs came to arouse curiosity as we pedalled past, or stopped at lights… either a gaffaw or a gleeful eruption of a driver’s face behind a windscreen at the wheel. P O E T. Look.

I find the idea that a poet can be a job description one that can delight and crack open a question all at once.

The Emirates Stadium & Chris Hoy Velodrome drove us up a hill, quite literally. The flow of spectators were being funnelled through so efficiently, we found ourselves on the little mound beside the security queues we weren’t allowed to engage with…simply sharing with those waiting. Waiting for friends, or family, waiting for the barriers to be opened, waiting for their tickets to arrive.

And then back at the SECC suddenly a queue, a Clyde-long queue formed in just a few minutes. I found myself sharing a poem with a cluster of fascinating women lining up to see the Netball, one of whom has written back to me on this blog and said thanks- and then a boisterous and energetic bunch of beautiful young women who heard my Glasgow poem (We’ve All Been Here Before)  (& forgave me)..and voted to hear I WON, I, ONE – as well.

The media caught up with us Clyde-side, the Sydney Morning Herald and ABC (Aust) & I shared the poem about what I call the ‘lemon-ink apartheid’ that still exists in Australia despite so many people’s efforts to acknowledge our history: CONTRAST II.

The only qualification needed today for anyone to be offered a gift was that they were waiting, and that they wanted it. 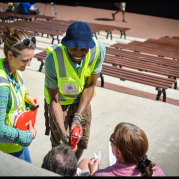 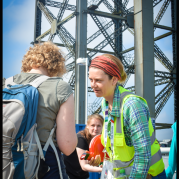 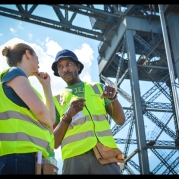 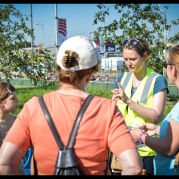 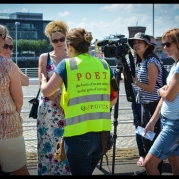 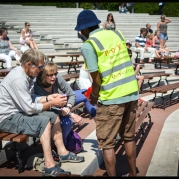 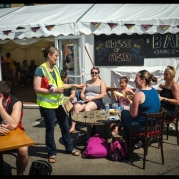 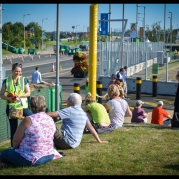 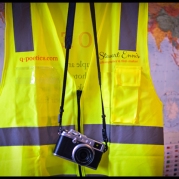 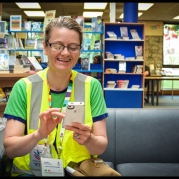 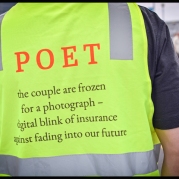